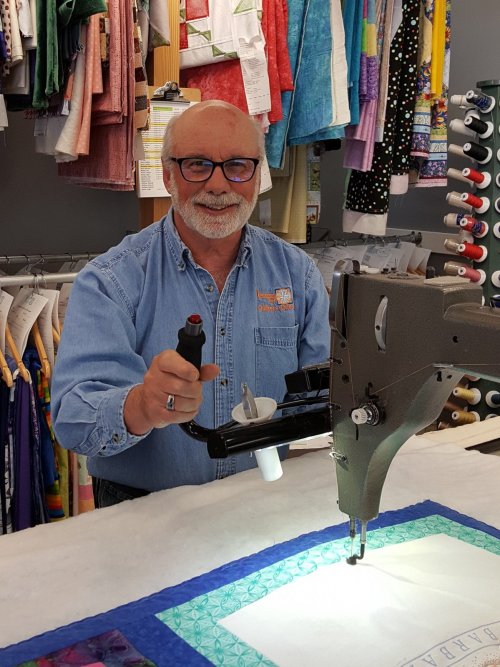 Hi…Many of you know me as Longarm Bob…I have been Longarm Bob since January of 2008…if anyone had said I would be doing this years ago, I would have said first, what is a longarm? and, second, you are out of your mind!

I grew up in Middletown, Ohio, and graduated from the United States Air Force Academy in Colorado Springs, Colorado, with a degree in Engineering Management with emphasis in Economics, Psychology, Mathematics (there were no minors at AFA)…I was stationed at Space and Missile Systems Organization in Los Angeles where I obtained my MBA from University of Southern California in one year of night school.

Long story short is my career can be summed up as Space, Pasta, Bread, Computers, Retirement, Potatoes, Retirement, Longarmer…if you would like to know more, just ask…as you can see, I failed twice at retirement!

There is nothing like the ‘family’ of friends and team members of Quilters Quest…you are all very special!!