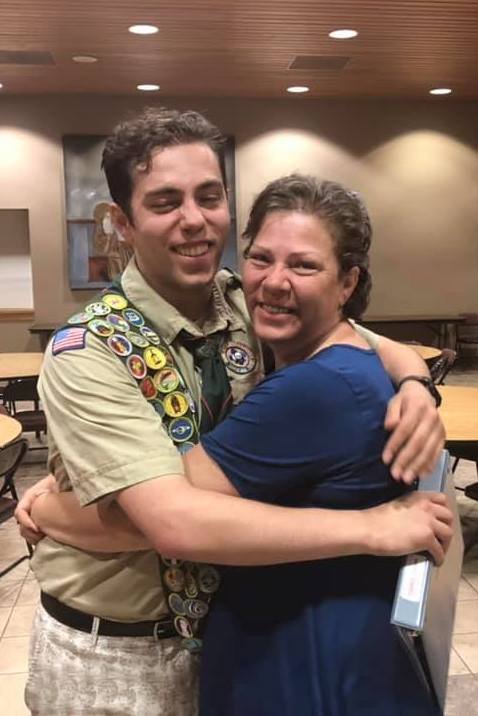 Unlike most of the other team members in the store, I haven’t been sewing for very long at all; I grew up around it and had had a vague passing interest, but I never really took the time to sit down and try it. Rather, what I did as a hobby was electronics repairs. Since I was a kid I’ve been taking apart toys and controllers and putting them back together, repairing controllers and such for video game consoles since around 15, and I’ve been building my own computers since I was 16. I’ve always been mechanically inclined, which hadn’t been unnoticed by my mom. Recently, when the store decided they needed a new technician, my mom asked me if I would be interested in training to repair sewing machines. I figured I’d give it a try, and I’m very glad I did. It is satisfying and challenging, and gives me opportunities I never thought I’d have. It’s also finally gotten me to sit down and try sewing, and I’m really enjoying it.

If I had to guess which people are going to influence the quilts I’ll inevitably make the most, it's going to be my mom and Sylvain Bergeron. My mom’s quilts are all around the house, so it’d be almost impossible not to be influenced by them. One of the ones I remember best from when I was a kid was this small art quilt that hung in our kitchen with repeating isometric cubes. She’s done much more intricate quilts since then, but that’s the first one I think of when I think of quilting. As for Sylvain, I got to meet him at the Bernina Creative Center while I was there for tech training. He was helping teach the sales training class that was next to ours, and during lunch one of the days, he showed us his quilts, my favorites being Focal Point and the cross-stitch quilt of his close friend Chantal. I’d only really been exposed to classical quilting, so his ingenuity and radically unique designs have really stuck with me.

Outside of work, other than electronics repair, I play games online with friends, play D&D, and go to conventions. I’m also a big fan of VR, and own a few VR headsets. I’m an Eagle Scout, and attend College of Dupage, where I’m the Vice President of the Tabletop Gaming Club and studying to become a Computer Science major.

(Ps. My mom made the nemo blanket in the picture below. I was so excited to get it, I put it on my head, and started running around. The picture was taken shortly after I ran into the wall.) 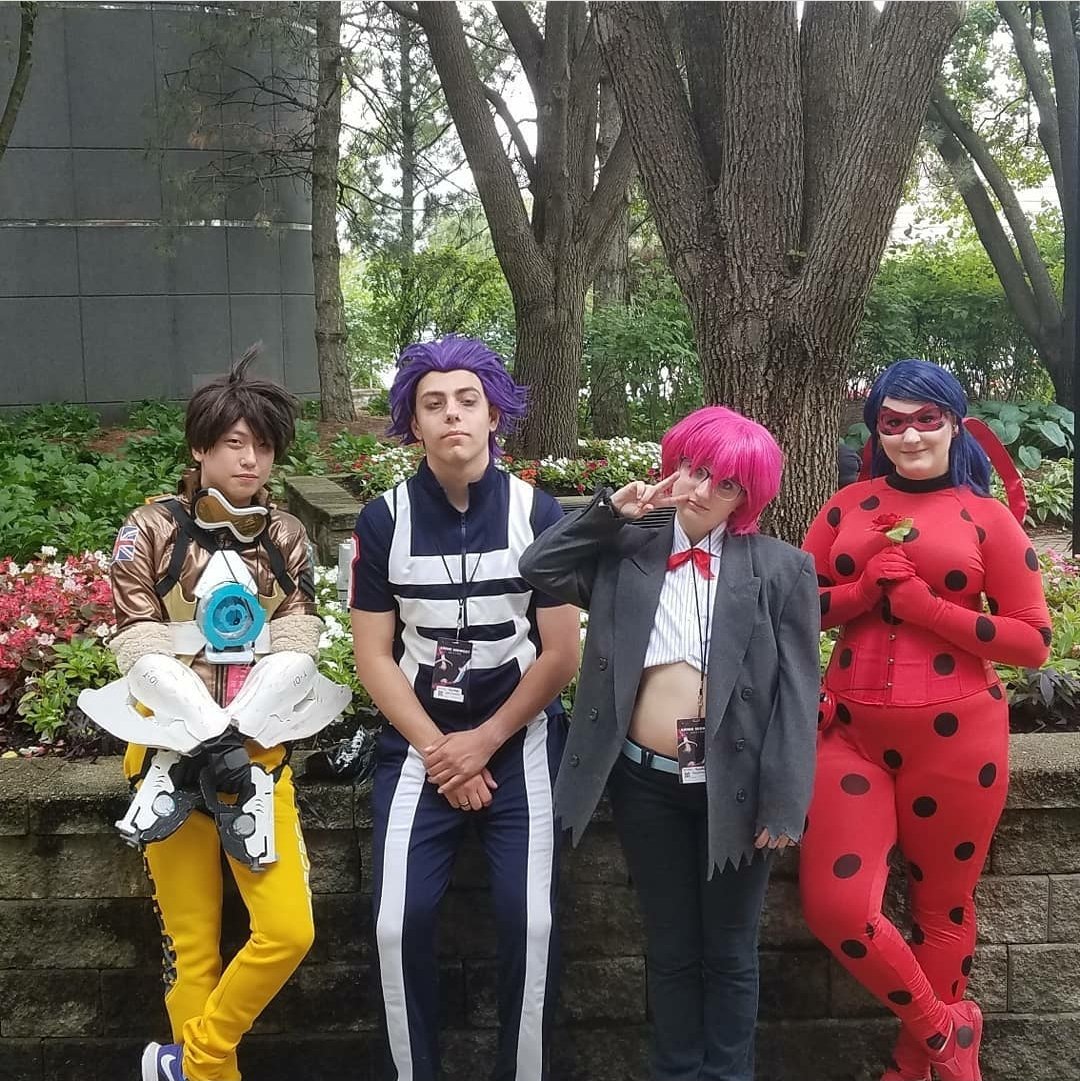 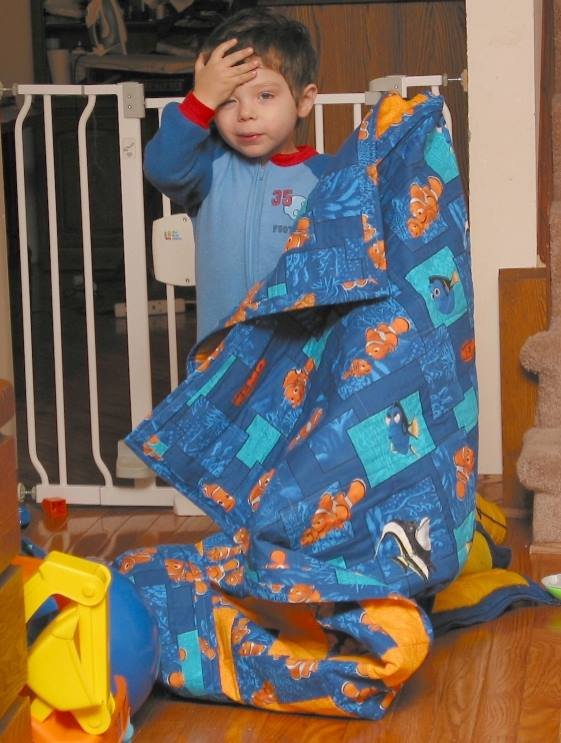 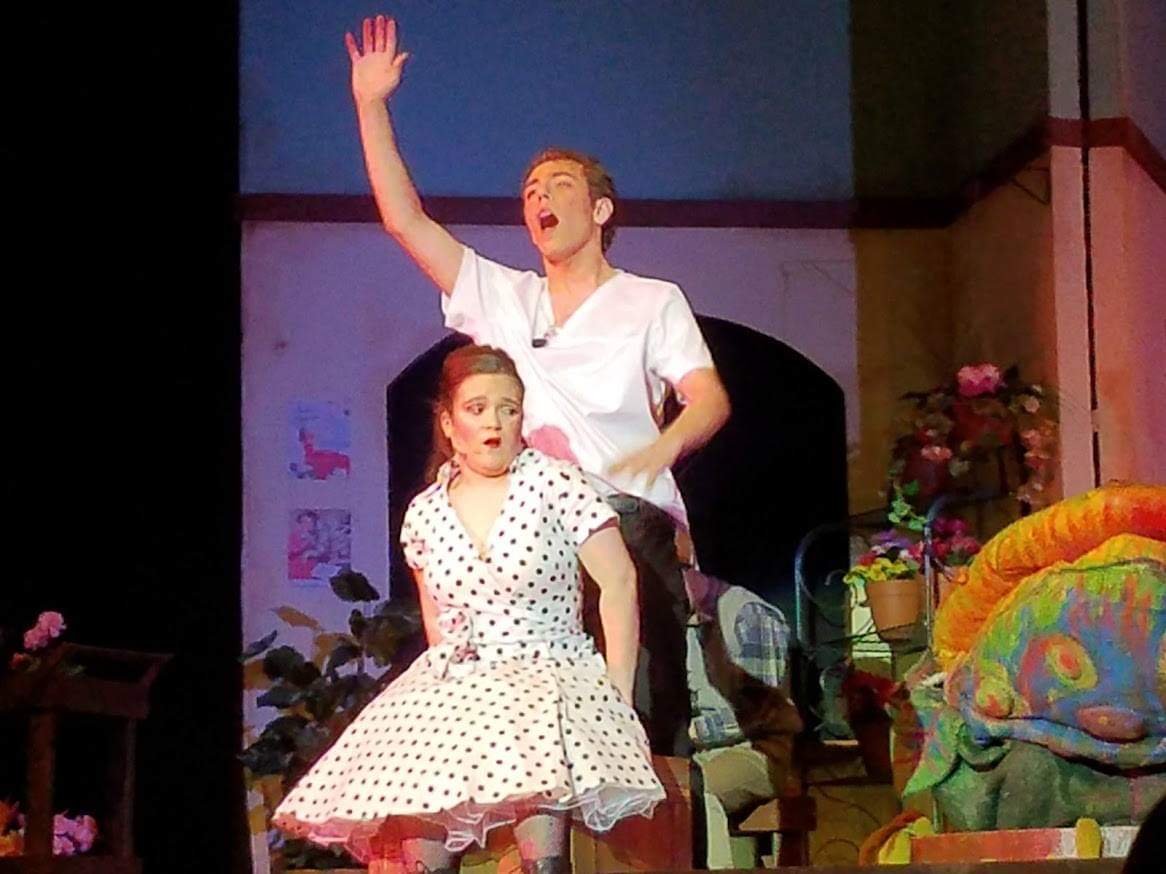