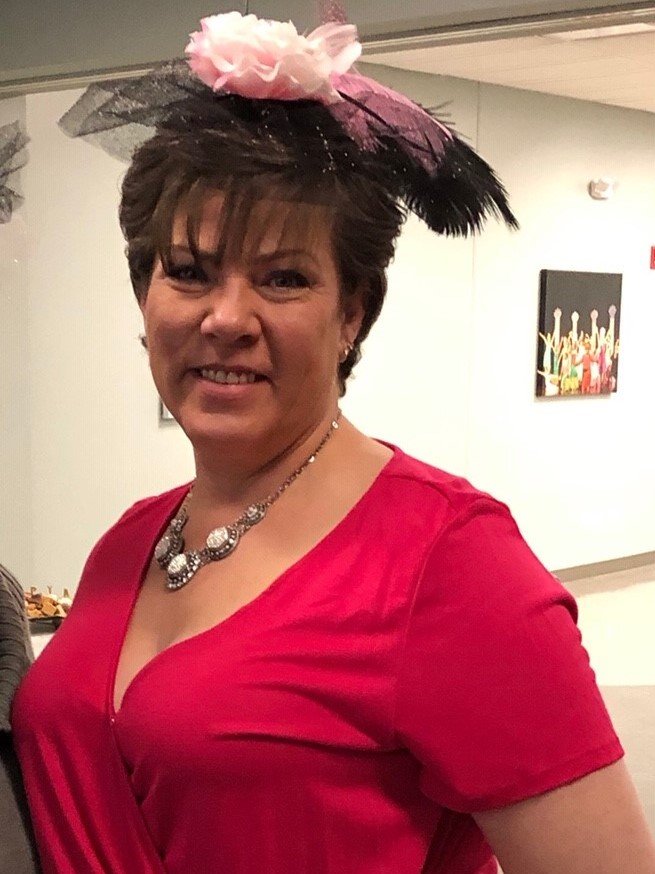 So a little about me and my quilting journey.

I first got into quilting 18 years ago when I was pregnant with my first son. I wanted to make his bedroom super special with cream colors puppy dogs, including his bedding ( doesn’t every mom?!?!). We searched all over the usual spots for fabric. A recommendation from someone at a chain store led us to a quilt shop. Who knew such a thing existed?!?!?! Certainly not myself or my husband.

At that time I was an avid ceramics painter. Well, my husband suggested I tried this block of the month program going on at the store we were at. He convinced me once our son came along that I’d be just get my paints set up and our baby would need me. I thought he was nuts because “only old ladies quilt”, in their rocking chairs of course, which I have since gotten by the way. I tried it and I was hooked, or should I say stitched?

My poor, poor husband thought I’d use the kids clothes to make my quilts when they outgrew them. Silly man!!!

Since then I’ve figured out quilting and collecting fabrics are two different hobbies and UFO’s aren’t just for space aliens.

Around Four years ago I was thrilled to find another Bernina dealer just ten minutes from my house. Six months later, I was hired. My dear husband now correlates my job to an alcoholic working in a bar. I’m not entirely sure what he means.

When I’m not at work, I pretend to be a wife while thinking of my fabric. I’m a mom to three great kids, that will be venturing out on their own in the next few years so I can expand my sewing space. I also have a beautiful granddaughter; she’ll be allowed to stay when the rest move out, at least until she’s a teenager anyway.

I’m also an avid animal rescue advocate. I currently have five cats, four dogs, three bearded dragons and I think the fish might still be alive. My heart of all of them is my Tank, whom you might’ve seen occasionally with me at Quilter’s Quest. Tank was used as a bait dog until he was police confiscated at four months old. He was supposed to be euthanized the day I got him to foster at six months old. Guess who failed that one five years ago.

That’s me and my quilting in a nutshell. Hope to see you and laugh with you at the shop soon!! 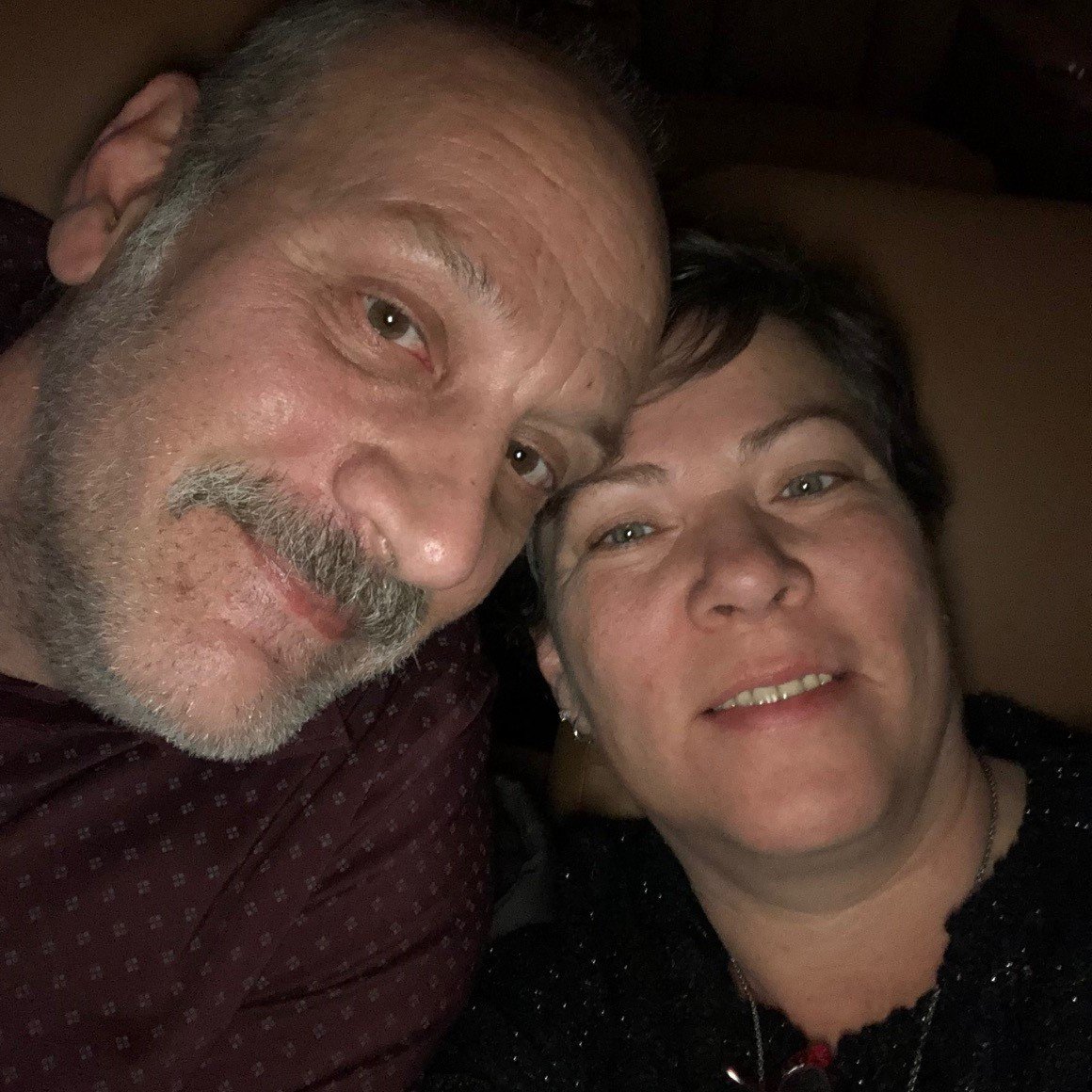 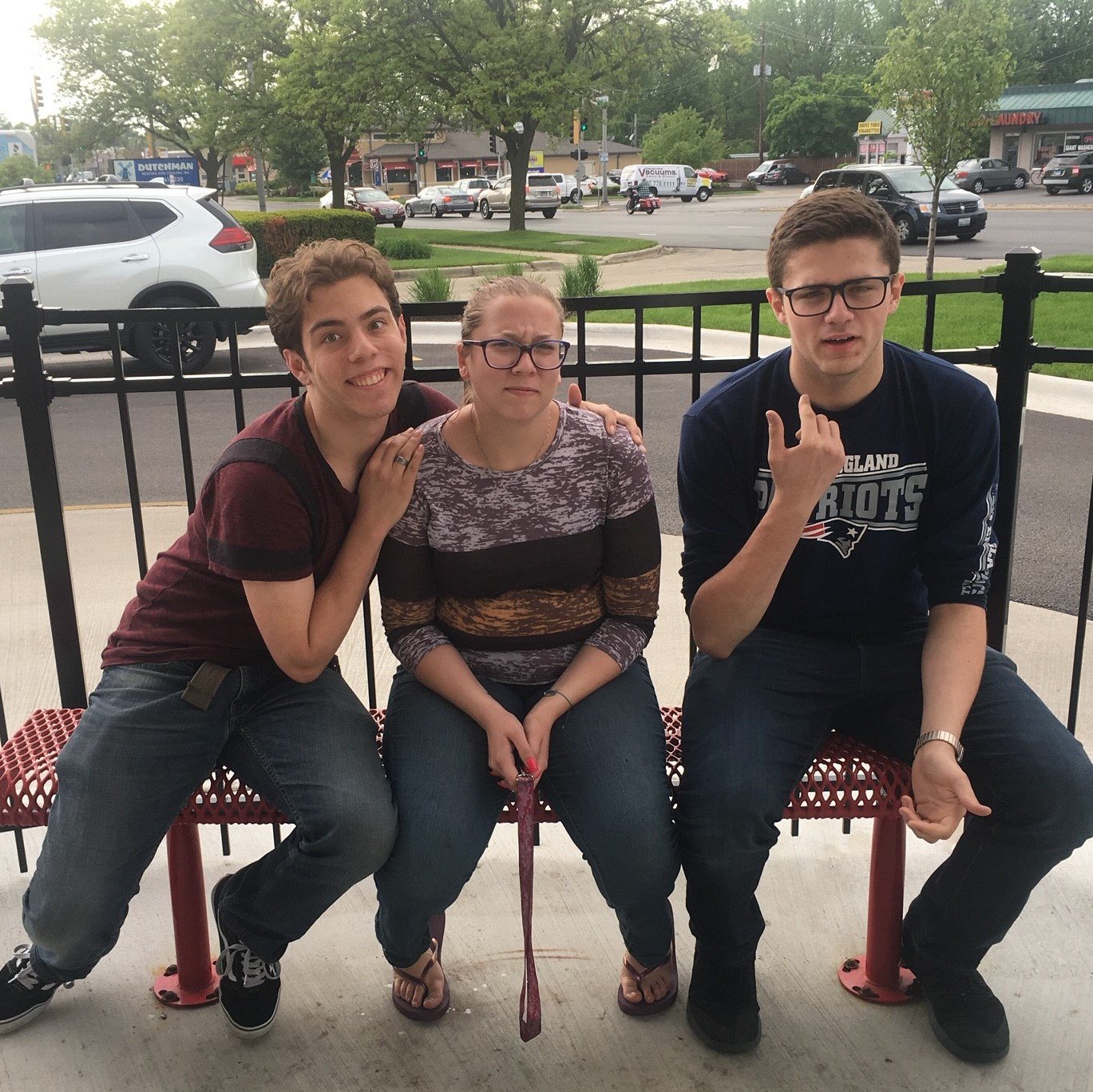 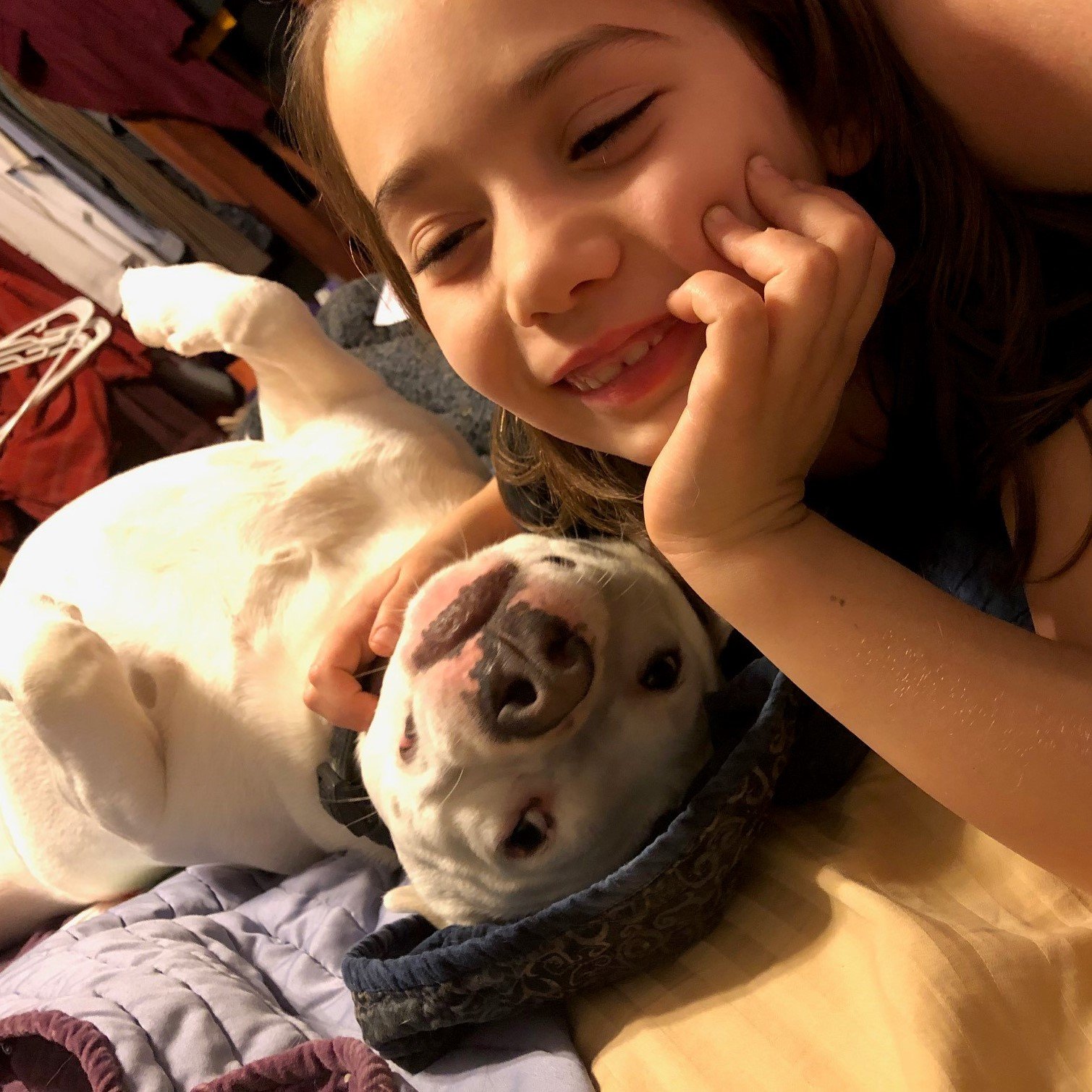 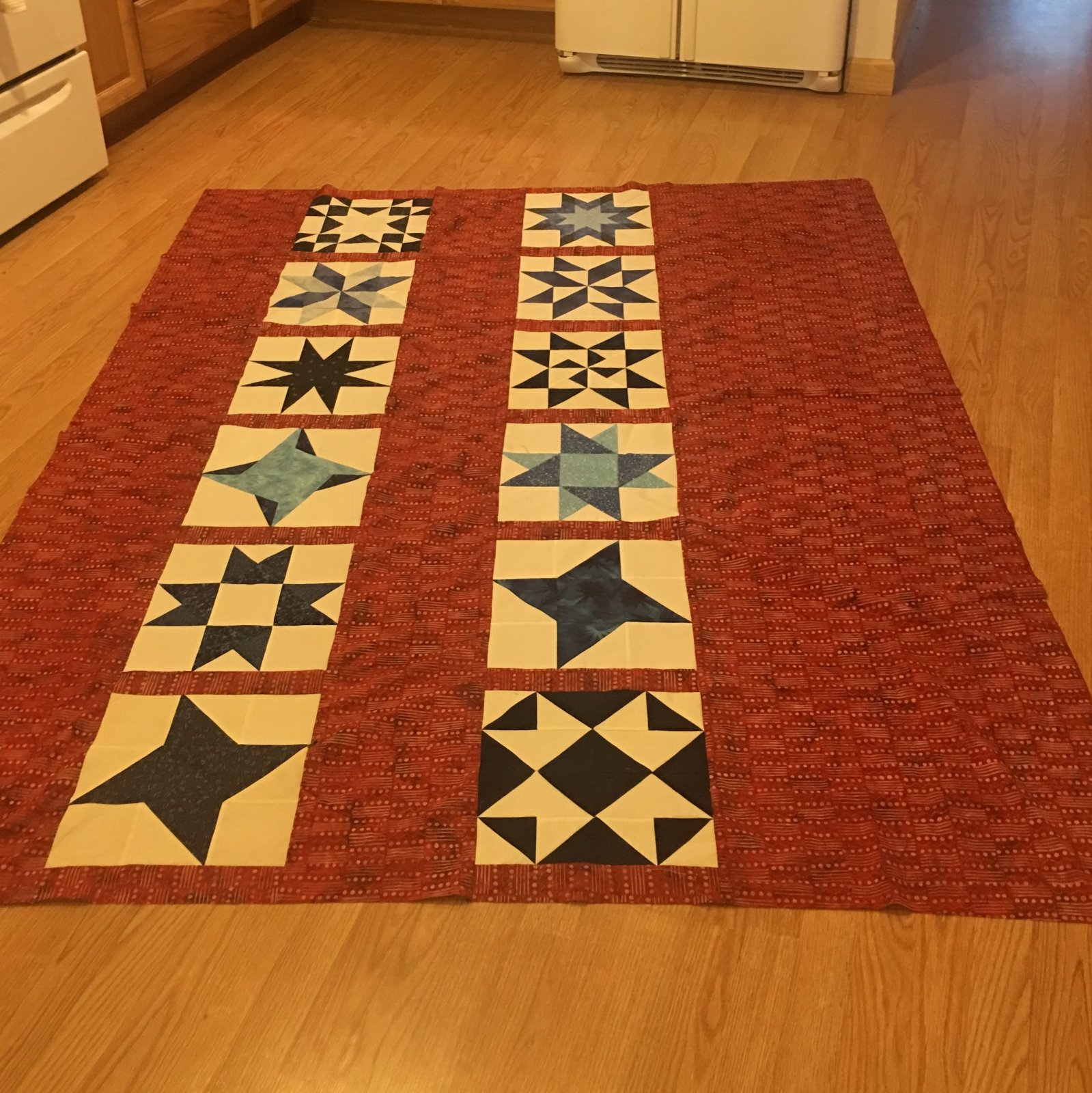 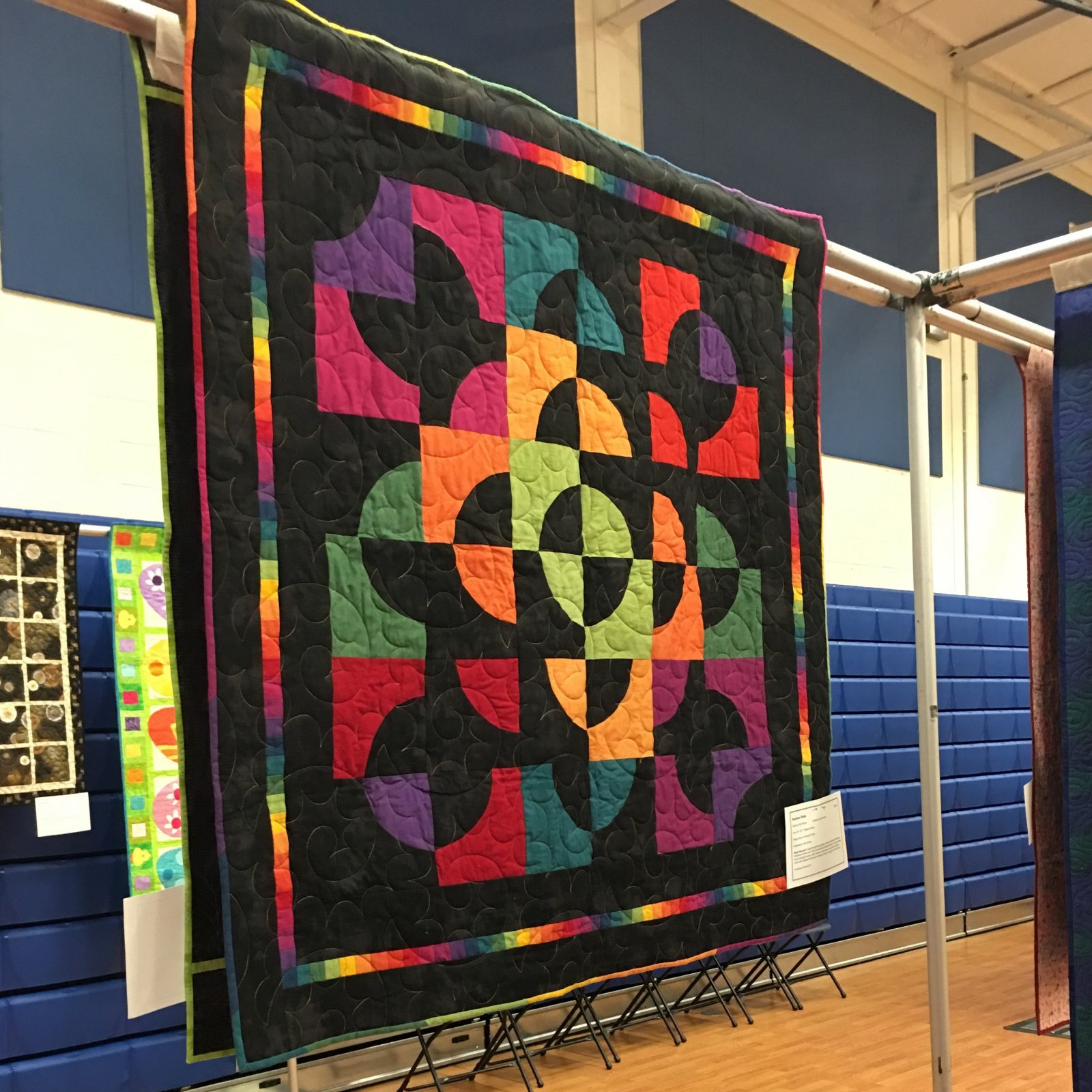 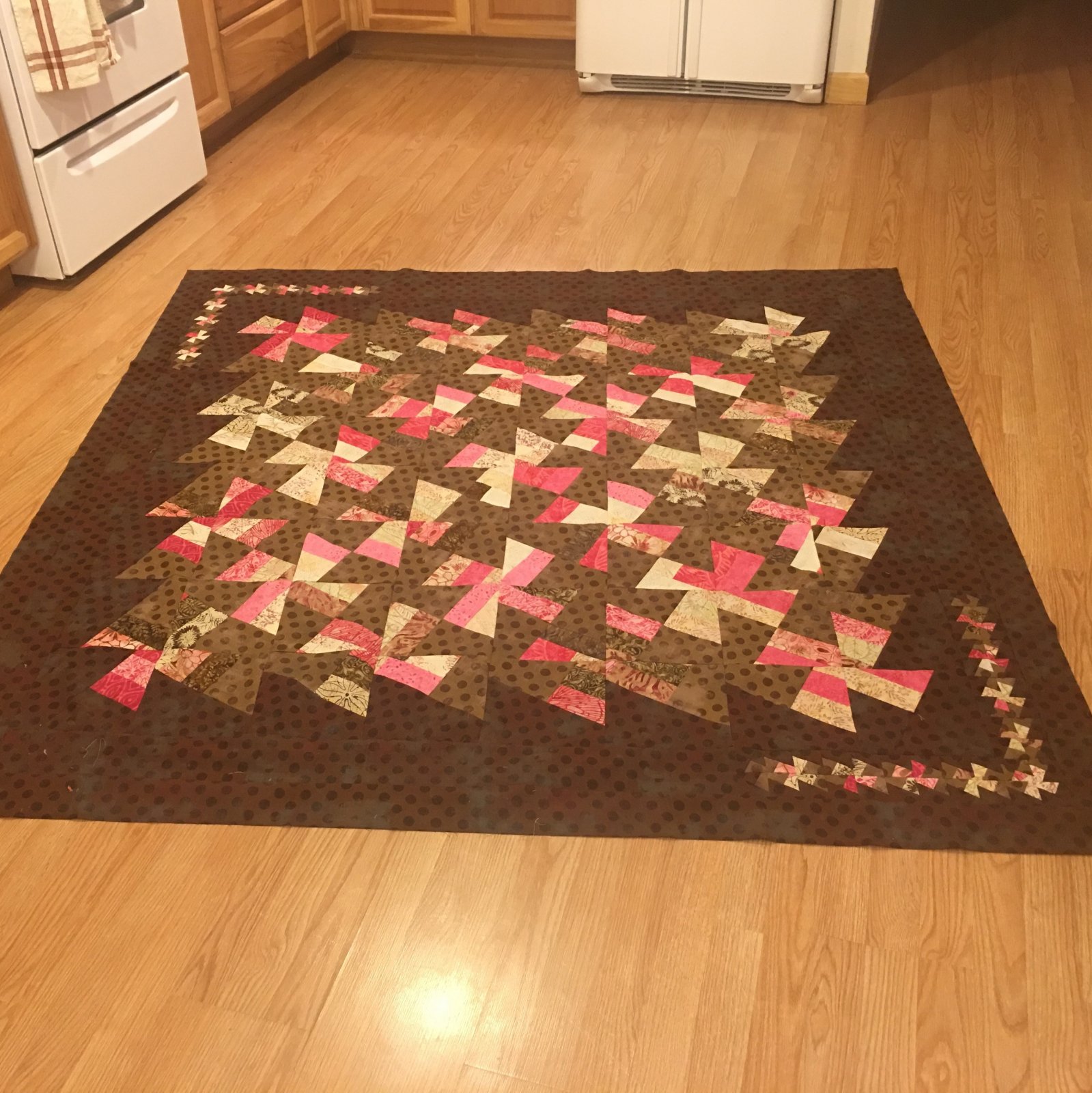 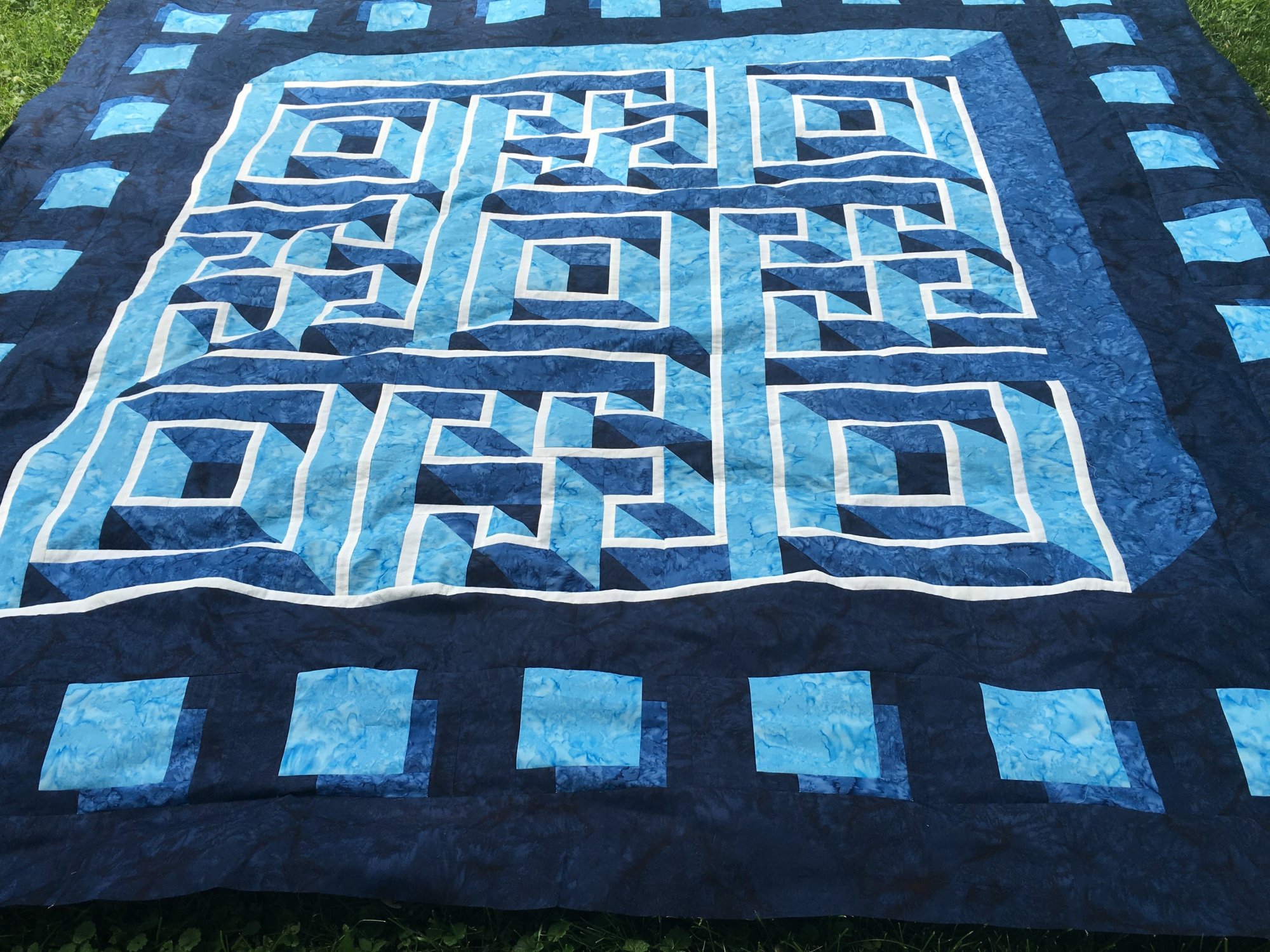